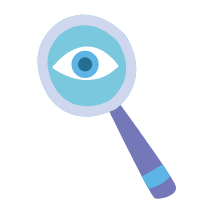 When focusing on your own health, how often do you think about your eyes? Their healthy often goes overlooked, but indeed, regular visits to the optometrist are important. These eye doctors can detect eye conditions and assess your visual acuity. If you need glasses or contacts, they can recommend the ones that are right for you. They can also answer questions you might have about eye health, sight, and contact comfort. To learn more about the importance of eye health and how optometrists can keep your eyes healthy, read the articles on this website. We hope it becomes a valued resource to you.

Age and chronic medical conditions can have a nega …

Read More
New To Contact Lenses? What You Should Know
23 October 2020

If you're new to contact lenses, you may have ques …

If you have a child that is showing signs they mig …

Read More
Retinal Detachment: The Eye Emergency Everyone Needs To Know About
21 August 2020

Most eye emergencies happen as the result of an ac …

You should be getting eye exams every few years if …

Cataracts are something that most people will go through at some point in their lives. But just because it's a commonplace issue doesn't mean that everyone's eager to have them taken care of when they develop them. If you've been putting your cataracts on the back burner, there are many issues that could arise while you wait, as well as benefits you could be missing out on. Here's why you should consider having your cataracts taken care of sooner rather than later.

No Benefit to Waiting

Sometimes, people are told that they don't need to have their cataracts taken care of immediately. This is because when you're in the very early stage of developing cataracts, they have little to no impact on your vision quality.

However, there's nothing to gain by waiting to have your cataracts fixed. Your eye's natural lenses will continue to gradually cloud over and will eventually start to have a significant impact on your vision as a result. Since the artificial lenses that you'll be given to replace your natural ones don't cloud over at all, no matter how long you have them, there's no benefit to putting off this procedure.

One potential problem that you can completely bypass if you get your cataracts taken care of quickly is the threat of losing your driver's license. Many people who are still of sound mind and otherwise good health end up losing their licenses until they get their cataracts fixed. It's a reasonable decision on the part of the government; cataracts cloud and obscure your vision, making it very dangerous to drive. The good news is that after having your cataracts fixed, you'll be able to take a new eye exam and get your license renewed. But why go through the trouble of potentially losing it at all if you can avoid it?

These vision issues are all caused by abnormally shaped lenses. Most people are born with them, and only vision correction can compensate for it. However, once you get your new artificial lenses put in, these vision problems will stop entirely. Your vision will be greatly improved, and you may even be able to go without glasses for the first time ever.